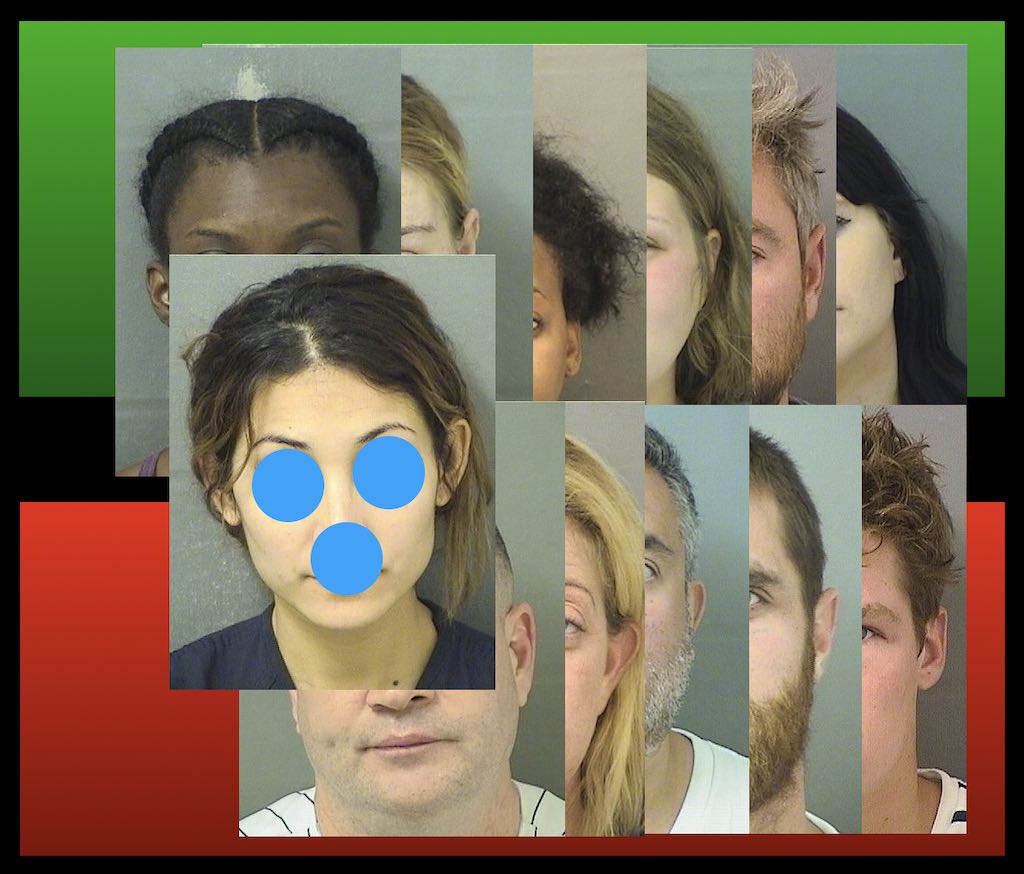 October began with multiple cases of cocaine possession in and near the Watergate Estates Trailer Park and Sandalfoot Square. Plus a Loggers' Run DUI, a love triangle at Wendy's, a couple of cyberstalking cases including the East Boca ex-girlfriend from hell, two cases of battery within a relationship, a hit and run DUI, and an attempted murder.

In early September, there were multiple crimes that occurred in West and East Boca, including a resident of East Boca charged with kidnapping, an FAU student charged with robbery, cocaine possession for a Watergate Estates resident, and a West Boca woman charged with DUI in a bizarre encounter with deputies on Glades Road.

Earlier this month there were incidents involving West and East Boca residents, including a resident of Boca West who was caught with heroin and cocaine, and a teacher from East Boca charged with child cruelty.