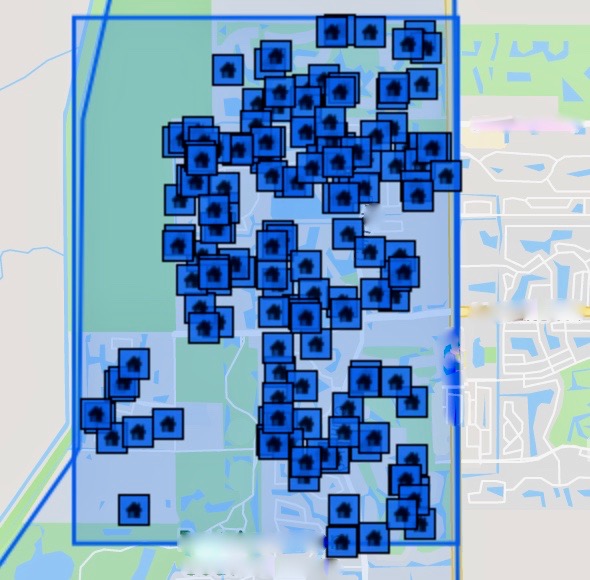 Every home in Boca Isles took more than a month from listing to close. Most did sell in less than 3 months, but four of them took six months or longer, pushing up the average.

It should also be noted that 13 listings expired or canceled in the first half of the year. There are 18 homes listed for sale at this writing.

Saturnia: It remains a buyers market in Saturnia, where 8 homes sold in the first half of the year while 11 listings expired or canceled. There are 20 homes listed for sale.

We have long felt Saturnia is the best place in West Boca to buy a large, high end home and this year is no exception. Three transactions were for over $750,000, all spectacular remodeled homes with 5 or 6 bedrooms in 4700 square feet. There are four more homes like this available right now.

Similar houses in the new GL developments would cost nearly double the price with smaller lots, higher association fees and a much longer distance to the zoned schools. Saturnia has Sunrise Park Elementary and Eagles Landing Middle right across the street.

Boca Greens had 22 transactions along with 10 expired or canceled listings. The average transaction was a 3-bedroom with 2000 square feet selling for $426,000. This is a bounce up from the same period last year.

The Shores at Boca Raton was busy with 12 transactions in the first half of the year and 9 canceled or expired listings. Only 5 homes are listed for sale at the moment.

The eastern half of Boca Chase includes both single family homes and townhomes.

The 55+ section of Boca Chase is in the middle of the development and had 24 transactions.

The Lakes at Boca Raton did particularly well with 19 closed sales and only 3 listings expired or canceled. There are 9 active listings.

Stonebridge sellers are doing better this year with 20 transactions so far and only 13 expired or canceled listings.

Pricing is still a challenge for this country club community with two homes selling under $100,000. There are 17 homes currently listed for sale.

Only slightly larger, 17893 Hampshire Lane sold for $330,000 in just over two weeks, showing the fickle nature of the market.

Warren Redlich is a real estate agent and an attorney. He focuses on selling homes in West Boca Raton. Find out more at Yes Boca Real Estate. View all posts by Warren Redlich